Plano has 12 of the fastest-growing middle market companies in North Texas, according to an annual Dallas Business Journal ranking.

Frisco-based natural gas producer Comstock Resources was No. 1 on the 2021 Middle Market 50, the business news publication announced last week. It defines the middle market as companies with annual revenue between $10 million and $1 billion.

The companies were ranked with a weighted growth index of their revenue over the past three years, which factors in growth rate and size, according to the report.

Dallas was the only city to have more companies on the list than Plano, with 15. Carrollton had five and Addison, Fort Worth and Frisco each had three. Soleo Health and Addus HomeCare were the other Frisco companies.

Benchmark Mortgage was the highest-ranking Plano company at No. 5. Brian McKinney, CEO of the mortgage lender, said client referrals have had a big impact on growth.

“Most of our business comes from realtors [and] home builders, people that actually have some influence over where the borrower chooses to get their financing,” he told the Journal. “By consistently delivering such a high-quality experience those partners will refer to us over and over again.”

Benchmark, a four-time winner of The Dallas Morning News Top 100, was ranked No. 8 on the midsize company list last year. It’s a sponsor of Boot’N and Shoot’N, an annual clay shooting tournament, dinner and live auction that supports veterans.

Here are the other Plano companies on the Dallas Business Journal list: 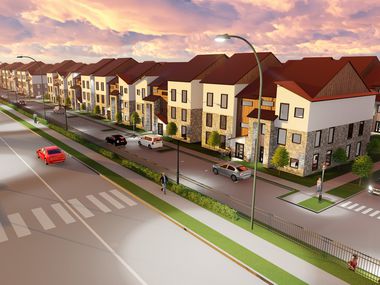