Coming from Ethiopia, Abenezer Ayana couldn’t find a quality platform that allowed him to watch movies from his home country. [So he] started designing Fendesha [the Ethiopian film streaming service] and connected with producers in the Ethiopian community through LinkedIn. “I’m a computer science student, so the coding was easy for me” Ayana said. (Photo courtesy of Abenezer Ayana)

Coming from Ethiopia, Ayana couldn’t find a quality platform that allowed him to watch movies and shows from his home country.

“Whenever I wanted to watch an Ethiopean movie, I would find it on YouTube, and as a watcher, that’s disheartening because you have a lot of advertisements, the quality is not as good as you want it to be, and the Ethiopean producers weren’t making as much revenue as they would if they had a streaming service like Netflix,” Ayana said.

Ayana then started designing Fendesha and connected with producers in the Ethiopian community through LinkedIn.

With the approval and encouragement of Ethiopian producers, Ayana started coding the platform.

“I’m a computer science student, so the coding was easy for me to grasp even though I was new to coding on an app,” Ayana said.

“It was a fun project for me, and I was adding a lot of features like seeing where the movie stopped and playing it from there, downloading it for offline viewing, and all the things you can see on Netflix,” Ayana said. 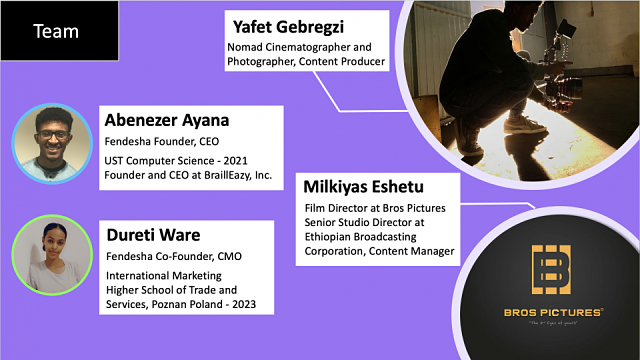 The team behind Fendesha, the Ethiopian streaming service. (Photo courtesy of Abenezer Ayana) 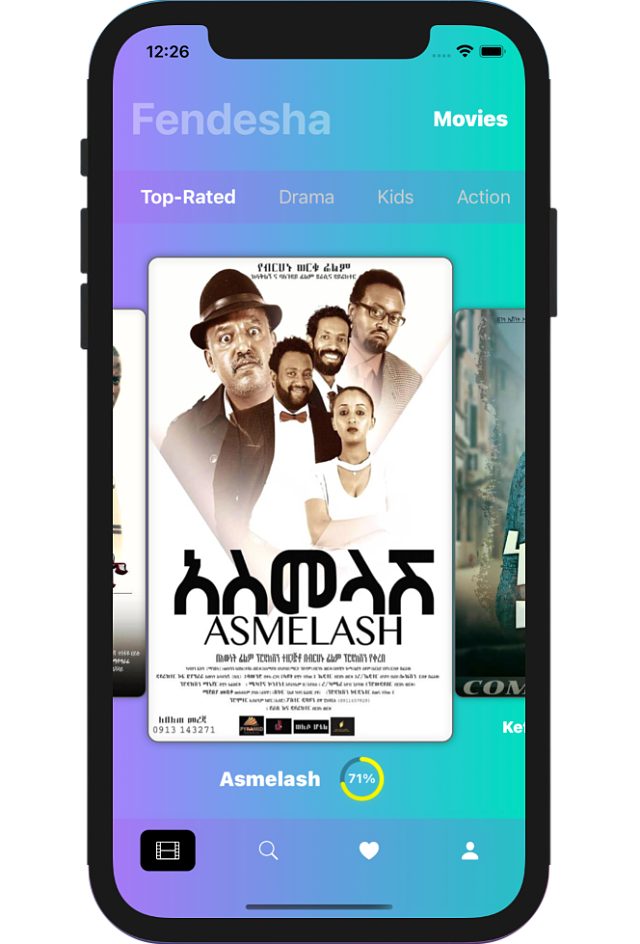 “In each track, the competition brought in five judges, people who are experienced entrepreneurs, investors, business folk, who are working in innovation and understand how to evaluate an opportunity,” St. Thomas Schulze School of Entrepreneurship Associate Dean Laura Dunham said.

Participants pitched their business plans for 10 minutes virtually this year, due to COVID-19, and had about eight minutes of Q&A afterward. The judges then had the difficult task of determining the winner.

Ayana looks forward to using the prize money to start putting movies on his platform.

“We created the platform, and it is fully built on the cloud, so we can easily add movies in from different producers and update it for the users,” Ayana said. “But right now, there are no licensed movies in Fendesha, so the money would help us get licensing for the movies.”

The prize money will also be used to help the team advertise Fendesha to the Ethiopian community, both abroad and in Ethiopia.

“Fendesha itself will be free for those in Ethiopia with advertisements, but for those abroad, it would be like Netflix where you pay around an $8 subscription fee every month,” Ayana said.

Along with Fendesha, Ayana has competed in business competitions in the past, including coming in second place in the 2019 Fowler Business Concept Challenge with BraillEasy.

“BraillEasy was an idea of a smartphone case that teaches Braille. It’s very novel that you don’t have to move your fingertips, the case does the Braille by itself, so that gained a lot of traction,” Ayana said.

Dunham worked with Ayana both during the 2019 Fowler Business Concept Challenge and the 2021 Business Plan Competition.

“He’s done a fantastic job taking advantage of everything. He is studying computer science, and he is also a creative guy, always wanting to solve problems,” Dunham said.

Ayana expresses his gratitude to St. Thomas and the business school for the resources provided.

“I’m not even an entrepreneurship major, so I was a complete outsider to these competitions, but everyone was super helpful,” Ayana said. “St. Thomas has all of these resources, and so many people that were happy to help out with projects, and I’m very fortunate to be at St. Thomas.”