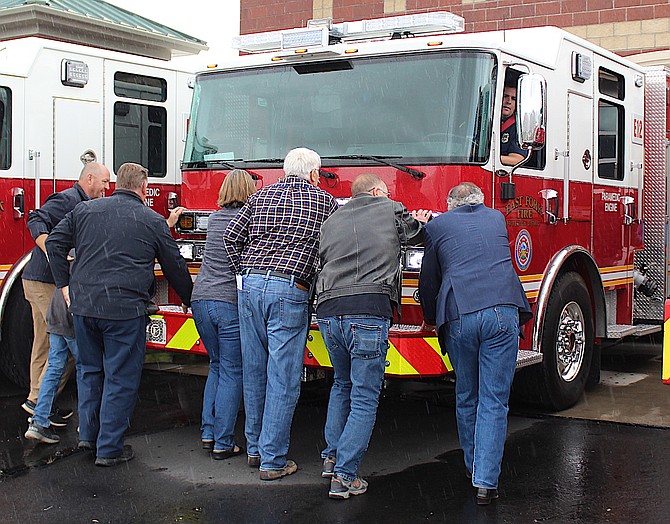 The East Fork Fire Protection District, in its fifth year standing on its own, received a clean audit report from the district’s independent auditors for the fiscal year of 2020/2021.

The professional accounting firm of Sciarani and Company, who specialize in local government auditing, prepared and presented the audit at Tuesday’s meeting of the district’s board of trustees.

Auditors said all funds are being used for the purposes for which that they were created and that they were administered in accordance with the accounting principles generally accepted in the United States. There were no audit violations or findings.

The auditing firm noted that there has been a significant increased interest in the internal control systems of governmental entities in response to public perception that weaknesses are leading to inefficient or inappropriate use of public funds. This resulted in changes in the way auditors’ must assess and report on an auditee’s internal control system.

The Governmental Auditing Standards, published by the Comptroller General of the United States, require audits of financial statements to now include a more in-depth assessment and report of internal accounting controls. Consequently, local governments can expect to see more scrutiny placed on their control systems as the standards evolve and are implemented.

In addition to the regular audit, the district was mandated to conduct a special audit of federal funds because it received more than $750,000 in federal funds.

The district in fact received $918,182 in federal grants during the reporting period. Many of the grants were considered pass-through grants and under the district’s responsibilities serving as Douglas County Emergency Management. The special audit found no deficiencies in the management of federal grants.

District Chief Tod Carlini complimented the districts’ administrative staff and Finance Division for their efforts in managing the districts’ finances and accounting.

Carlini praised Director of Financial Services Kathy Lewis and her staff, for a how professional they are in conducting the financial affairs of the district. This was the first audit received under Lewis’ direction.

Carlini acknowledged the work of the auditors and thanked them for their services and for the professional manner in which the audit was conducted, including a special audit of Federal funds received last year and during the COVID-19 Pandemic.

Board Member Barbara Griffin said she was very pleased with the audit report and with the effort put forth by staff to ensure that the district’s financial management is not only transparent but also in compliance with the law and with general accounting practices. She congratulated Lewis on her one-year anniversary with the district.

The district budget is the third largest in Douglas County, behind county government and the school district. The current year budget for the East Fork Fire Protection District is now over $22 million and supports a staff of 95 personnel and 50 volunteers, responding to over 6,700 calls for service and covering 675 square miles, or 96 percent of Douglas County.