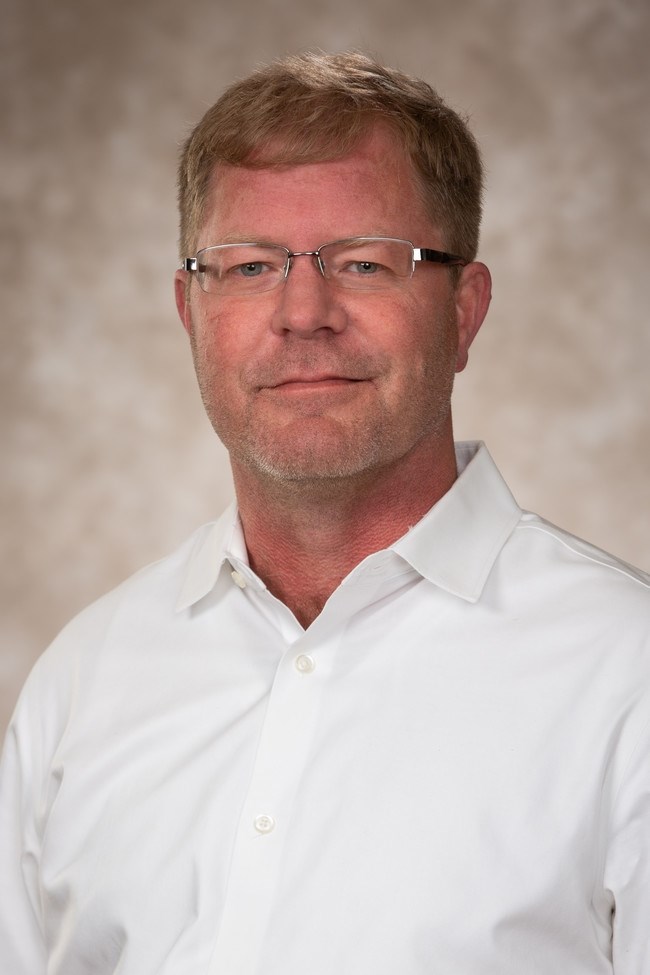 Mike Bieker has been promoted to assistant vice chancellor, director of operations and finance, in the Division of Research and Innovation. In this role he will oversee areas such as budgeting, accounting, communications and human resources for the division while continuing to serve as director of the University of Arkansas Press.

“I am thrilled that Mike will serve as our director of operations and finance,” said John English, vice chancellor for research and innovation. “He brings a wealth of experience and expertise as both a licensed CPA and the director of the U of A Press. His leadership will help the division leverage its resources as we expand and improve the university’s research.”

Bieker joined the U of A in 2002 as an accountant in the Office of Financial Affairs. He then joined the U of A Press as business manager in March 2004 where he managed finance and operations including the development and implementation of the Press’s digital publishing program. In 2014, he was named the third director in the Press’s history.  After earning his license in 1997, Bieker joined Baird, Kurtz, and Dobson CPAs and Advisors where he specialized in trust and estate taxation and bank auditing. He is currently serving his second term on the Association of University Presses Board of Directors. In addition, he serves as chair of the AUP Investment Committee and sits on the AUP Audit Committee. On campus, Bieker is a member of the One Book, One Community committee, the Scholarly Communications Advisory Committee and the Sesquicentennial Committee.

“After nearly two decades at the University of Arkansas, I am more grateful than ever to be part of an institution that creates knowledge and extends it to the people of Arkansas and beyond,” said Bieker. “Working with Vice Chancellor English in my role as Press director has instilled a strong sense of confidence that our university believes the humanities and social sciences to be essential. My work going forward will be to optimize the financial and operational processes within the Division of Research and Innovation to allow the University of Arkansas’ entire research enterprise to expand and flourish.”