Two former bureaucrats from industry ministry were found guilty Tuesday of swindling the state out of some 15.5 million yen ($136,000) in office rental subsidies and other benefits that were meant to help coronavirus pandemic-hit businesses.

Saying they had “betrayed the public’s trust,” the Tokyo District Court handed down a jail term of 30 months to Makoto Sakurai, 29, while Yutaro Arai, 28, was sentenced to two years in prison, suspended for four years. 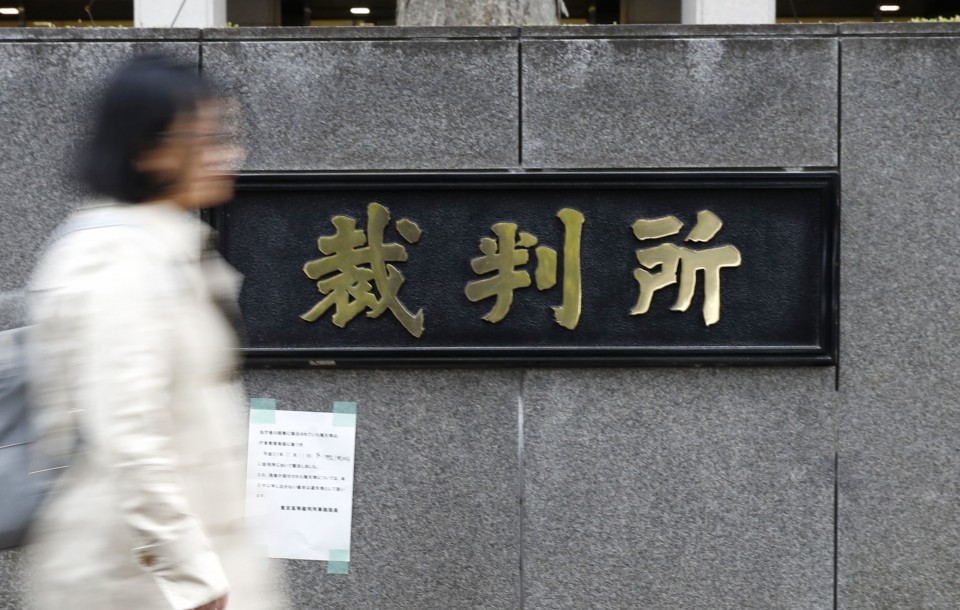 Photo taken April 11, 2019, shows a court sign at the entrance of a building that houses the Tokyo district and high courts in Tokyo’s Kasumigaseki area. (Kyodo) ==Kyodo

According to the ruling, the two fraudulently obtained 11.5 million yen in office rental subsidies between December last year and January for two dummy companies that they had established.

They also swindled the ministry out of 4 million yen in benefits between May and June last year. The pair has admitted to the charges.

Presiding Judge Ryuta Asaka rapped the two in handing down the ruling, saying they “deserve strong criticism for dragging down a key policy to support pandemic-hit small businesses.”

Prosecutors said Sakurai was the main culprit of the fraud, but his defense lawyers argued that Arai also benefitted and that Sakurai is “being made overtly responsible.”

Arai’s defense lawyers, however, said he could not refuse Sakurai’s instructions and was not actively involved in the crime.

Asaka determined that Sakurai played the leading role and that Arai’s criminal responsibility was smaller, saying, “Without Sakurai, Arai would not have gotten involved.”

The Small and Medium Enterprise Agency of the ministry was in charge of the subsidy and benefit programs that helped struggling sole proprietors and small businesses, whose sales dropped due to the coronavirus pandemic.

Sakurai worked at the ministry’s Industrial Finance Division and Arai at its Corporate System Division. They never worked for the agency.